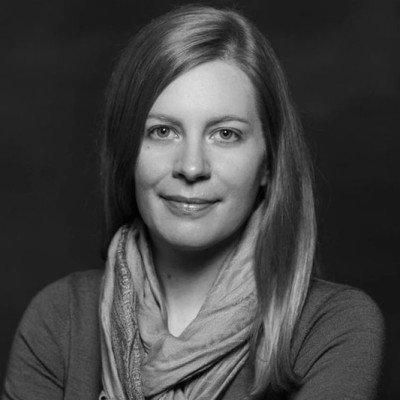 Lights out? Call the Electrician

At 4 p.m., the start of a shift that runs until midnight, electrician Robbie Lohnes — wearing his signature baseball cap and navy blue sweatshirt embroidered with a BU Facilities logo — reports to the 120 Ashford St. stockroom. After requesting three fluorescent bulbs to replace ones that have burnt-out at emergency call stations, he heads out.

The night before had been busy for Lohnes — a power outage, faulty smoke detectors, and a fire alarm — the sole evening electrician on call for the entire Charles River Campus, where 20 electricians work daily.

“No shift is the same,” he says. “Sometimes I receive one call, other nights 15.” The only thing Lohnes says he can count on is “climbing stairs,” which he attributes to bad luck and karma. “In buildings without elevators, things rarely break on the first and second floors.”

Raised in Harvard Square, Lohnes lives in a multifamily home three blocks from where he grew up. A first-generation American, his father emigrated from Nova Scotia and his mother was born in Ireland.

His blue-collar roots led him to an electrician’s career, he says. His grandfather was a carpenter, and his brother owned an electrical motor repair business. Lohnes had good grades, but he wasn’t interested in attending college. “When I was a kid, I liked to take things apart,” he says, but plumbing was out: “I knew I didn’t want to stick my hands in another person’s toilet.”

After high school, Lohnes enrolled in a one-year electrical apprentice program at Benjamin Franklin Institute of Technology in Boston’s South End. After finishing classes in 1973, he started an apprenticeship at Boston University that led to a full-time electrician job. It’s been 36 years.

Among his coworkers he mentions is Russ Smathers, who mentored him during his apprenticeship. “He sent me a Christmas card recently,” says Lohnes, pointing to a photo of Smathers, who is retired and currently recovering from surgery. He describes the 82-year-old as a wealth of knowledge, someone who “took me under his wing.”

In 1994, Lohnes received a Perkins Award, given annually to three nonfaculty members of the BU community in recognition of distinguished service to the University. During the previous year, Lohnes raised funds to bring 600 panels of the AIDS Memorial Quilt to campus for a three-day event to educate people about HIV/AIDS and remember those who had died. “It was the best time,” he says. “It still holds the record for highest attendance at a nonperformance event. More than 5,000 people came.”

Bringing the AIDS Memorial Quilt to campus had special meaning for Lohnes, whose partner of 10 years, David Mucci, was battling HIV/AIDS at the time. “Back then, AZT was the only option for treatment, very toxic at high doses,” he remembers. “It was like killing a mosquito with a machine gun.”

The AIDS Memorial Quilt on display on the National Mall in Washington, D.C. in 1987. Photo by Carol M. Highsmith. Courtesy of the Library of Congress

During the final weeks of Mucci’s life, Lohnes explained to a supervisor that he would likely be running late or missing a shift. “The next day, Jim Keating, vice president of the Physical Plant, insisted I take three to four weeks to provide end-of-life care for him,” says Lohnes. “Nobody judged me. That’s when you know you’re working for great people.”

He receives a call from a dispatcher to replace a light switch in a brownstone on 844 Beacon St. “What do you know? It’s a first floor apartment,” he says as he knocks on the door. Mixing bowl in hand, Michelle Rappoli answers.

“Are you here to fix the light switch?” she asks.

“No, I’m here because you won a free makeover,” Lohnes jokes.

Lohnes enjoys getting to know students. “It’s part of my job to make them feel part of the community,” he says.

Steadying a flashlight between his teeth as he unscrews a faceplate to expose the broken switch, he asks Rappoli about school. Furiously beating egg whites, she explains why she transferred from the Culinary Institute of America to Boston University. “I finished my culinary classes. Now I’m enrolled in a management program, because I want to run my own bakery.”

Rappoli has already started a new group on campus, Culinary Arts and Kitchen Entertainment (CAKE). She expresses frustration about trying to find a kitchen large enough to accommodate CAKE’s budding chefs and bakers. “There’s not enough space here, even for me,” she says, pointing to her apartment’s galley-style arrangement. Lohnes suggests she consider the Harriet E. Richards House on Bay State Road, a cooperative brownstone where students cook together. “Thanks for the inside tip,” she replies.

Lohnes returns to his car. The trunk functions as a mini supply cabinet, filled with switches, fluorescent light ballasts, fuses, piles of smoke and carbon monoxide detectors, and a single ladder. “Over the years I’ve learned which supplies to stock,” he says, noting common problems. “Number one is power. Rooms in older buildings share circuits — unlike dormitories where each room is assigned its own — so when a circuit overloads, there’s no correlation. It really confuses the kids.”

Second biggest problem: faulty smoke detectors. In addition to replacing the units, Lohnes leads fire drills and safety workshops during resident assistant (RA) training, and attributes his popularity with students and staff to those sessions. “My friends in the Office of Residence Life asked me to be the caller for RA Bingo Night at Warren Towers,” he says. “Beforehand, I researched the history of bingo to offer clever commentary between rounds.”

Serving the entire campus at night, Lohnes constantly comes in contact with a wide swath of people. Some of those interactions have led to long-lasting friendships and weekly exchanges he fondly calls “girl talks.” Lohnes mentions Mary Ellen E. Osburn, former assistant director of the George Sherman Union administration. “Together, we developed a system for improving lighting around campus,” he says. “Using input from walking escorts about burnt-out lights and dark areas, we gained a student’s perspective about how to make the campus safer.”

Students share stories with Lohnes, and he enjoys passing them along.

“In the late 1960s, Boston University installed telephone lines in student rooms, including Warren Towers,” he says. “The phone numbers ran in sequential order. If you knew one, you knew them all.” The towers are side by side, so many rooms have views of multiple facing floors. “Late at night, when rooms were dark, students would make calls. The goal: wake up people who would turn lights on in specific rooms in the adjacent tower, three in a row — horizontally, vertically, or diagonally. The game: telephone tic-tac-toe.”

During more than three decades at Boston University, Lohnes has represented his union in labor negotiations, overseen special projects such as the renovation of 33 Buswell St., and embraced changing technology. “Today, fire alarm systems are centralized and computerized,” he says. “When a station is pulled, a signal is sent directly to Facilities Management and Planning and Boston University Police. We know exactly where it happened.”

In the event of a real fire, this information is crucial for quick reaction. For false alarms, it can help find the culprit.

“Dyes were introduced to stations, because pranksters occasionally pulled them,” says Lohnes. “After a false alarm, staff searched for students with discolored hands, but rarely found them. More often, the electricians got inked while resetting alarms.” He remembers one successful piece of detective work in Myles Standish Hall. “A message was written in ink, above the pull station: ‘I [heart] Oksana.’ When staff found the only Oksana in Myles, they confirmed she had a boyfriend. He wouldn’t have been caught red-handed if her name were Mary.”

At midnight, Lohnes reports back to 120 Ashford. He returns a Nextel radio, logs the evening’s two calls, and updates the overnight electrician. He will return home by 12:30 a.m., but instead of going right to bed, he’ll catch up on a few TV shows, often until 2:30 a.m.

Synopsis
Electrician Robbie Lohnes has worked the night shift at Boston University for 36 years. While no shift is quite the same, he shares what a typical shift entails—usually lots of stairs—and how he got to where he is today.